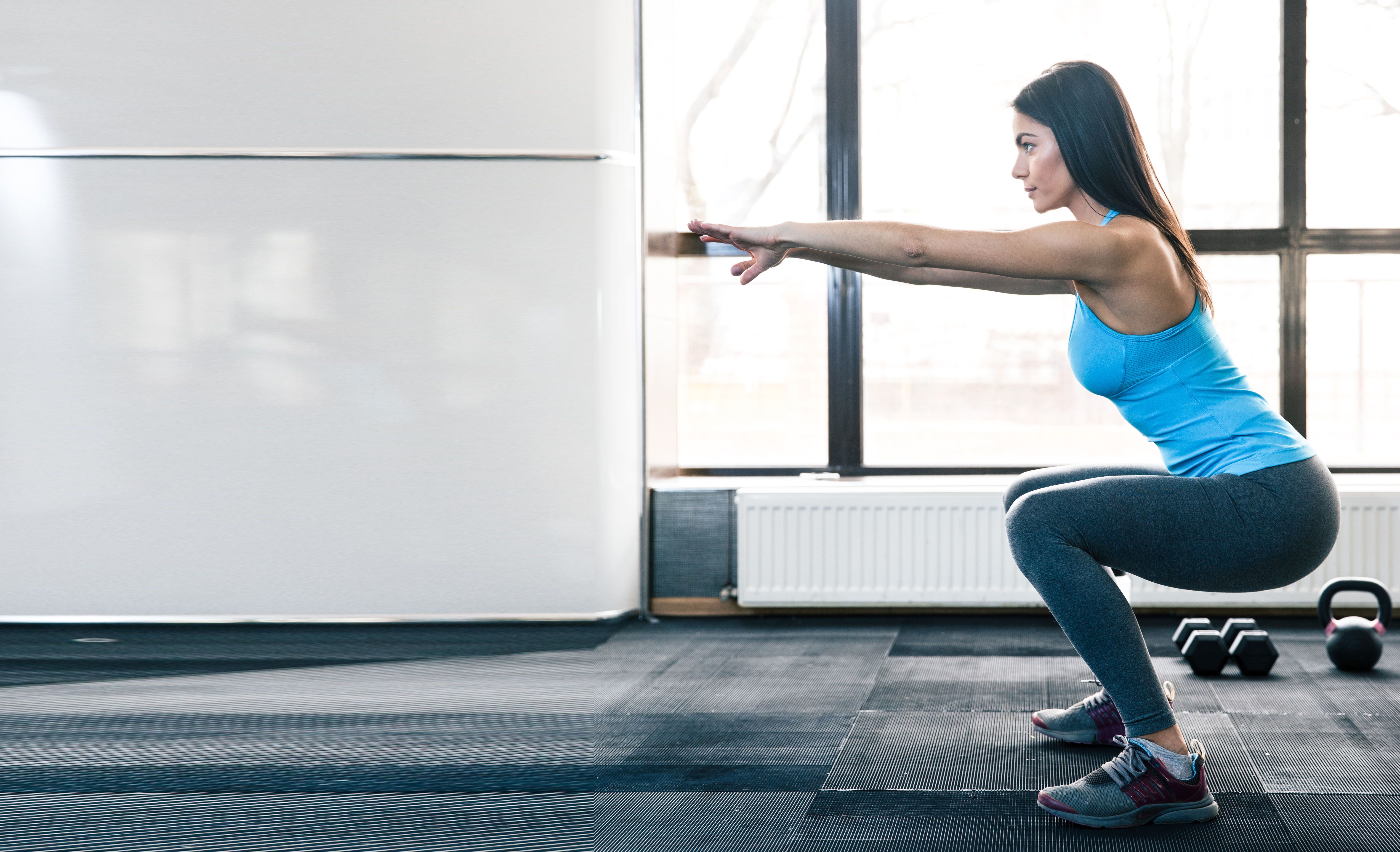 If you’ve ever worked out in a commercial gym on a treadmill or an elliptical, you’ve seen the little graph on the console explaining the “fat burning zone.”

What this graphic and others like it are suggesting is that the most effective way to burn fat by exercising is to work at low intensities for long periods of time. But this is based on a flawed interpretation of what we know about exercise metabolism, and in fact, the opposite is true.

The rationale for the “fat burning zone” starts out reasonably enough. Fat is the body’s preferred energy source at rest. When we begin some sort of physical activity, our metabolism shifts towards burning carbohydrate instead of fat. This shift is gradual, and is influenced by both the intensity and duration of an exercise session. At a given intensity, a person will be burning some ratio of carbohydrate and fat to fuel their efforts. This graph illustrates this nicely: 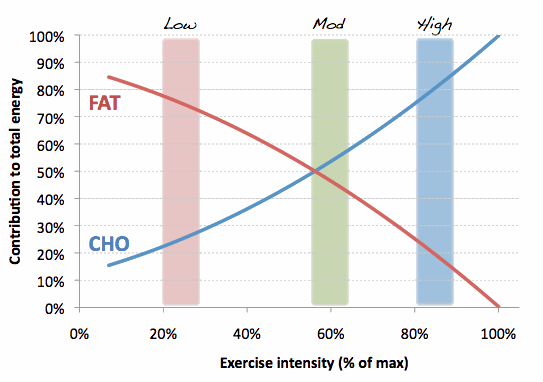 So yes, during periods of high intensity exercise, in that moment, you are burning no fat.
If this were the whole story, it would make sense to work for long periods of time at low intensities to maximize the fat burn.

Before we look at the actual science behind why training in the “fat burning zone” won’t help make you lean, just applying some quick logic raises questions. If the body mostly burns fat at rest, wouldn’t sitting on your butt be an effective fat burning strategy? And what about athletes, often the leanest, fittest folks around? Don’t they work really hard when they train? How can that be if they don’t burn fat during those hard workouts?

The first issue is that no matter what you’re doing, exercise just doesn’t burn that much fat.

A really intense workout is probably about 500 calories worth of effort, and there are 3,500 calories in a pound of human body fat, so that’s seven killer workouts just to lose one pound! And by now, most of us have heard that it’s 80 per cent (or 70 or 90 percent) nutrition, or have read those depressing articles that talk about how much exercise you have to do to burn off a chocolate bar. If you haven’t read one of these, here’s one ,  and here’s another one. So yes, exercise in and of itself is at best an incomplete strategy for losing fat. However, I’ve never liked the “it’s 80 per cent diet” line. With respect to fat loss and fat loss alone, it’s largely true. However, exercise is utterly essential to health and avoiding disease. If you ate PERFECTLY and never exercised, you probably wouldn’t be obese, sure, but you wouldn’t have much energy, probably wouldn’t sleep that well, and would definitely be at increased risk for various cardiac ailments and more. Exercise is the best! And, even though you don’t burn that much fat during the workout, exercise does a lot to help maintain a healthy body composition.

Intense exercise sets up your metabolism for long-term success

The benefits of exercise with respect to fat loss actually take place outside the actual training session. One benefit is that exercise increases something called your resting metabolic rate, or RMR. This is the number of calories you would burn in a 24-hour period if you didn’t move. This number is higher than most people think, ranging between 1,300 to 2,000 calories for most typical adults. The biggest influence on RMR is the amount of muscle mass you have. Yes, being a larger person helps with this, but no matter your size, training to increase muscle mass will increase the rate at which you burn calories when you’re relaxing. And what does the body burn for fuel when you’re relaxing? Fat. So even though you don’t burn much, or maybe even any fat during a strength workout, you are helping to set up your metabolism for long-term success.

Another way that intense exercise helps burn fat is through something called EPOC, or Exercise Post Oxygen Consumption. Exercise is healthy and awesome, but it is a stressor. When you exercise, your cells liberate stored energy for fuel, you release more or less of various hormones, blood flow gets diverted from your internal organs to working muscles…lots of stuff happens! When you’ve finished exercising, your body needs to return to its usual state, called homeostasis. So those same hormones need to be rebalanced, blood vessels need to dilate or constrict, fuel stores need to be replenished, and all of this costs energy. During rest, the body gets this energy from oxidizing free fatty acids, or, in other words, the body burns fat to return to its usual state after exercise. And the greatest driver of this response is the intensity of the workout.

Lastly, one of the by-products of improved physical fitness is that it can actually shift your fat oxidation curve, so that you are able to metabolize fat for fuel at higher intensities or longer exercise durations as compared to if you were less fit. What this means is that if we looked at two people of different fitness levels performing an identical low/moderate intensity task, like a 30-minute walk, the more fit person would be able to burn more fat during the walk than the less fit person. I realize that “improved physical fitness” is a very broad term, but what I’m getting at is that any exercise, whether it’s strength training, sports, yoga, aerobic activity, really anything that improves fitness, will help you burn stored body fat, regardless of the number of calories burned in the exercise session itself.

So, how do you burn fat by exercising? Turns out that you don’t. But if you want to use physical exercise as a tool to help you get and stay lean, it doesn’t matter if you’re on the treadmill, in the weight room, on the bike, or anywhere else. The prescription is simple. Work hard.