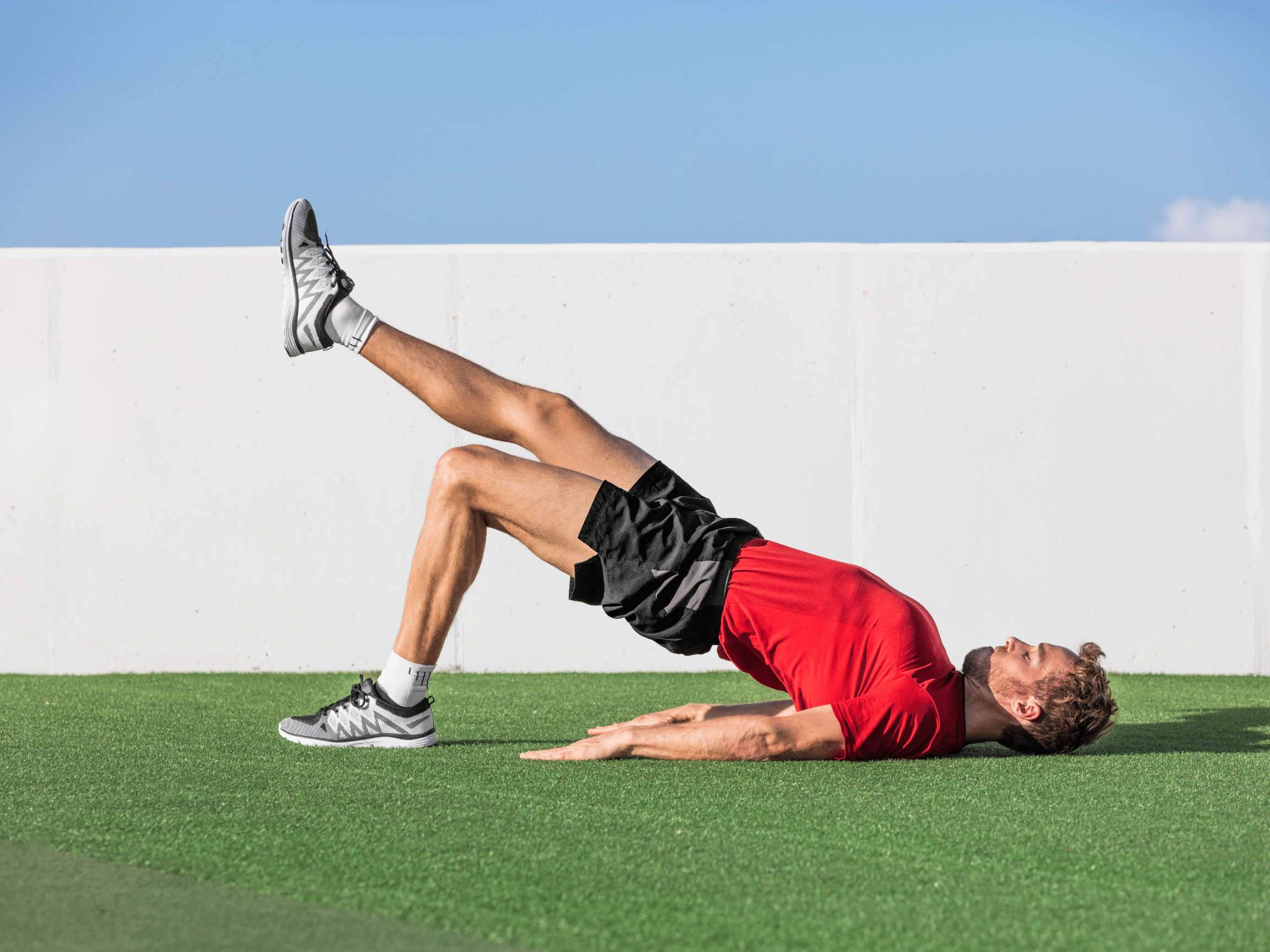 Here’s my Youtube video on the subject if you’d rather watch than read:

What is Glute Activation?

Glute activation usually describes lower intensity exercises that involve the glutes to help activate or “turn on” those muscles so that they are able to do their jobs and contribute appropriately when you’re doing squats, deadlifts and lunges and any lower body exercise that involves the glutes.

Common examples of glute activation that you see are glute bridges, where you lay on your back with knees bent and push into the ground, clamshells, which involve side lying with knees bent and opening the legs, and also multiple variations of lateral walking against band resistance.

Glute activation can be useful for a few reasons. The first is that glutes tend to be underdeveloped. Everyone knows we sit too much. Sitting can inhibit the glutes because they don’t need to work at all in a seated position. Being seated upwards of eight or ten hours a day can lead to glutes being less developed than many other muscles. Exercise is unlikely to be able to overcompensate for this unless a targeted strategy is applied.

Next, many people have a tendency, unconscious or not, to neglect the muscles that aren’t easily seen in the mirror, including the glutes. We also know that unfortunately, many people (usually guys) skip leg day, and that certainly doesn’t help. Don’t skip leg day!

Structure and Function of the Glutes 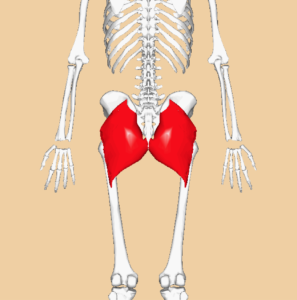 The anatomical position and biomechanical properties of the glutes mean that other muscles in the posterior chain, notably the hamstrings and spinal erectors, can overcompensate for poor glute function and in a sense, do their job for them. The same way glutes can be inhibited, these other muscles can be overly facilitated and often feel tight. This is related to glute inhibition.

The principal function of the glutes is to extend the hips. Coming up from the bottom of a squat is hip extension. Walking and running also relies heavily on hip extension. The hamstrings are also powerful hip extensors and can become overworked when glutes are underdeveloped. This is one of the potential benefits of glute activation exercises. The idea is that doing a bit of light activity for the glutes “wakes them up.” The glutes are then more readily available in the exercises in which they are involved.

Now here’s the thing. We don’t actually wake the glutes up. Glutes cannot be asleep. And they’re not OFF. There are two things that glute activation can help address. The first is that that the glutes are underdeveloped, or in other words, not strong enough. The other potential issue is has to do with motor units. This can either be an issue with the rate or the sequence in which motor units are recruited.

Take the squat as an example. Squatting involves hip extension. If you squat, the glutes will contribute. But, they might not produce enough force, or they may provide their force at a sub-optimal time in the movement. The result is inefficient movement, and other muscles in the chain needing to overcompensate. Glute activation has the potential to help address each issue, but we have to know how to properly apply the technique.

Activation techniques provide benefit through a mechanism called post activation potentiation, sometimes called potentiation or PAP. The principle behind potentiation is that doing exercises that stimulate a particular movement or muscle group help you become stronger in similar movements done later in the training session. This is a result of mobilization of the neuromuscular system. Fast or explosive movements work best. A few jumps before squats, or some med ball chest passes before bench press.

This is a limitation of the most common glute activation drills like bridges, which are slow, and low intensity. Although they can create a potentiating effect, it’s likely only enough to make a difference for true beginners. Even then, it’s likely not enough on its own.

To take advantage of potentiation, we need move quickly. This helps address the force production side of glute activation, but what if it’s a sequencing issue? Sometimes the the glutes produce a good amount of force, but at the wrong time in the movement.

For these reasons, the “best” glute activation exercises involve speed, and more closely resemble the integrated athletic movements that we are trying to improve through activation.

My personal favourite activation drill that ticks all of these boxes is called the sprinter pose, where you start in a lunge position, and then drive up through the front leg until you lock that leg out.

This provides a speed component and gets the hamstrings and glutes working together in a way that transfers to movements like squatting or sprinting. Sprinter pose is a great example of a drill that builds on basic glute activation drills and provides more benefit.

Another common problem is that the glutes simply aren’t strong enough. And if the imbalance is already present, squats and deadlifts on their own most likely will not solve the problem. In these cases, we can use some exercises to preferentially strengthen the glutes. Bridges and band walks just aren’t hard enough most of the time. Prioritizing single leg exercises or single leg supported exercises like lunges, or alternatively hip thrust variations, can help build strength in the glutes and help them catch up to other muscles in the chain.

Glute activation is important, and both beginners or more advanced athletes can benefit from including glute activation in their warm-ups. What’s important to bear in mind is that a few bridges and band walks are great, but not enough to solve the problem on their own.

Glute activation is a fixture in the warm-ups included in Strength Training Essentials and Strength at Home, two training programs I created specifically for beginners. Strength Training Essentials is designed for the gym, and Strength at Home is for training at home with minimal equipment. If you’ve never followed a training program before and want lasting results, these programs can put you on the right path. Get your copy today!